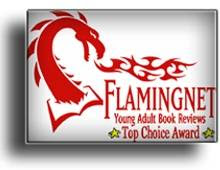 "This book follows the Harry Potter template of wizards and magic, the discovery of great wizardly power, and likely a secret destiny to be fulfilled. It combines Star Wars aspects as well, as we see space ships, laser guns, and a group that wishes to bend the 'paraverse' to their worldview. These are definitely all elements that a young adult would find very exciting, along with the camaraderie among Simon and the new friends [he] makes, some teenage crushes, and some funny scenes within the story. It's a [fast]-paced story with lots of action and character interaction among the kids. Tonya has hair that changes color with her moods, which is an element that I think can really draw in a child reader's imagination. It has plenty to offer to make it an exciting page-turner for its young adult audience..."

Read the full review
Posted by Matthew Peterson at 9:58 PM