My TV Interview with PBS 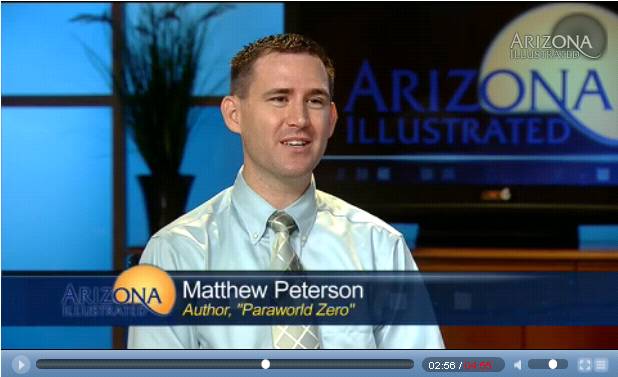 I just got back from doing a TV interview with PBS (KUAT) Arizona Illustrated. Watch it at
http://tv.azpm.org/kuat/segments/2009/8/24/kuat-matthew-peterson-author/
Posted by Matthew Peterson at 5:45 PM No comments:

One Month After the Fire

I’m entitling this picture, "One Month After the Fire." Sad thing is that this is only three weeks growth for my beard. I know what you’re thinking. My poor wife! Well, she had a cold sore, so our marriage is still intact. I hate shaving. I’m the type of guy who gets his 5 o’clock shadow before lunch. 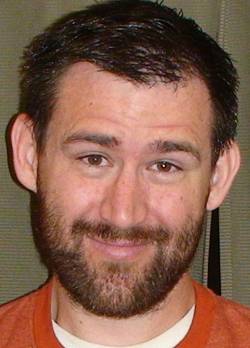 Here's me shaving off that beard like a real man! I don’t suggest using a sharp knife like this to shave off a beard. My boys call that knife "the machete." They’re afraid to even touch it, and for good reason. After trying and trying to shave off my beard, my wife finally buzzed it off with an electric razor for cutting hair. Good riddance! 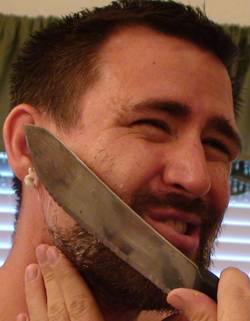 Posted by Matthew Peterson at 11:39 AM No comments:

FiestaCon Photos
With my house catching on fire, I forgot to post anything about the FiestaCon that I was attending that same weekend. Here are some photos I took with some of the authors. 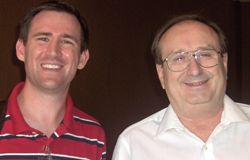 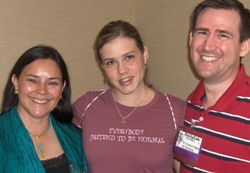 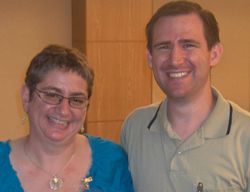 As a side note.... I'm not sure if there's much more that could happen to this boy of ours! But he just got glasses. Our friends say he looks "distinguished." He's had surgery on both eyes in the past, but we always thought his vision was fine. I guess not. Now I joke that when he puts his glasses on, half of his family disappears. When he used to have two sets of twin brothers, now he only has one set. His whole life has been turned upside down! 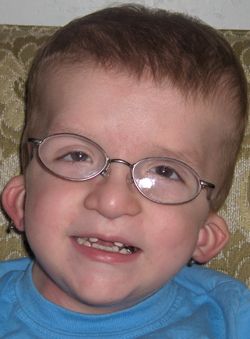 Posted by Matthew Peterson at 11:34 AM No comments: